After three years of working with the same shipping API, British-based producer of breathable fleece clothing, Equafleece, decided it was time to find a new delivery management solution. With its existing shipping partner based in the US, the clothing company faced difficulty getting support when issues arose outside of US office hours and responses to shipping label purchase requests were slow.

As well as high latency, Equafleece was often faced with label production issues. On occasions, when the account ran out of range without its API provider being notified, blocks of bar codes were used more than once. This would lead to email and SMS notifications not working reliably due to the duplication of 2D bar codes. What’s more, scan forms often wouldn’t generate or barcodes would be too narrow to scan correctly. All these small issues lead to delays in the despatch of goods and a poor experience, both for Equafleece and its shoppers.

Then, when its shipping API provider decided to increase its fees 14 times the existing amount, Equafleece decided it was then time to move on. 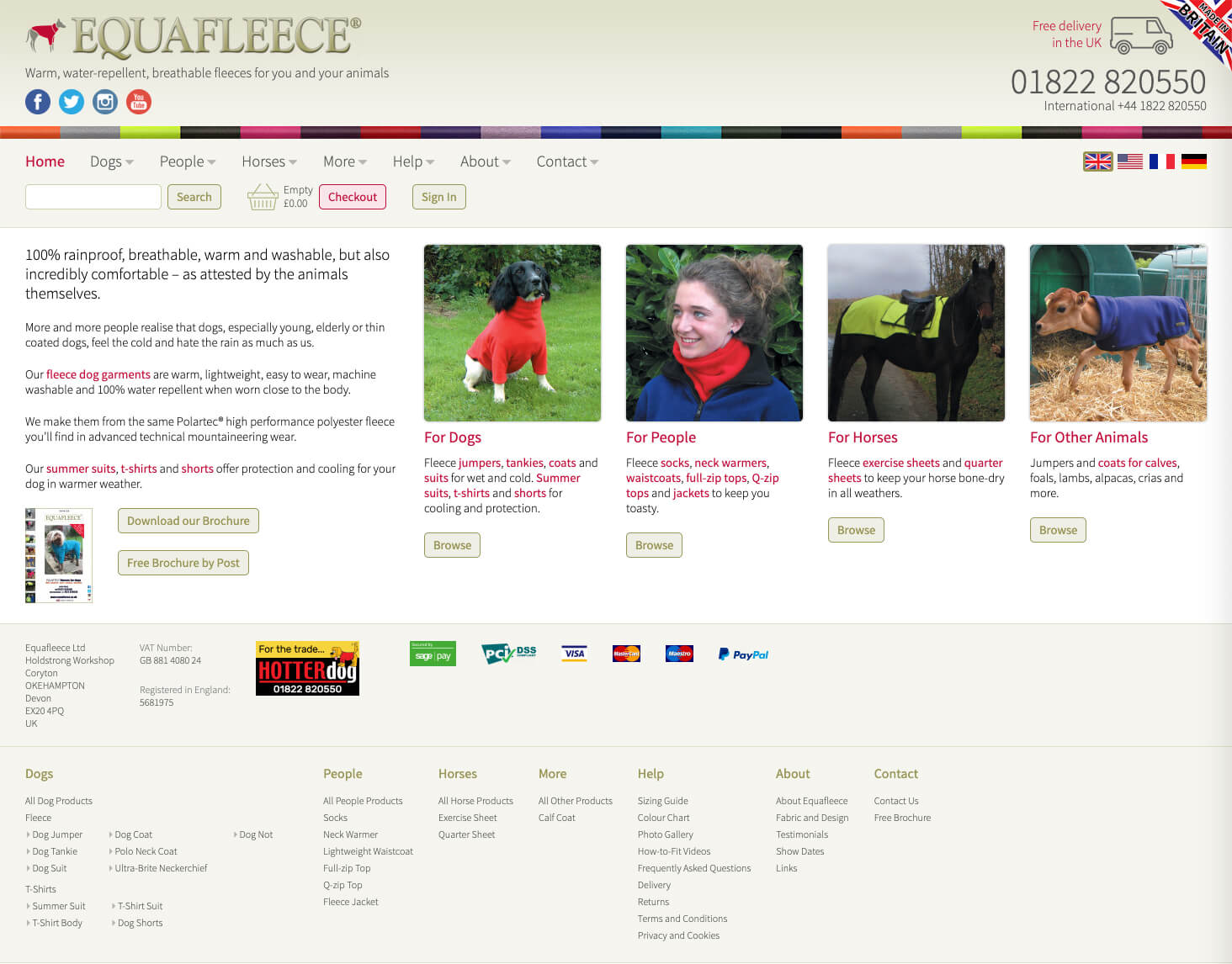 On the recommendation of its Royal Mail account manager, Equafleece approached Intersoft about its Intelligent Shipper solution. The new partnership began in May 2020 with the first parcels being shipped in June. Intersoft set up its Royal Mail API integration for Equafleece in just a few weeks, with its development and support team enabling a smooth transition from the retailer’s previous service provider and minimising disruption to customers.

As well as being simple to use, Intelligent Shipper provides rapid label purchase rates, allowing it to scale with the demands of the business. It also handles production of all supporting customs documentation and provides Equafleece’s shoppers with multiple Royal Mail delivery options, helping enhance the online retail experience.

And, as a Royal Mail customer, Equafleece enjoys the benefits of Intersoft’s Intelligent Shippers solution at no additional cost.

In the few months Equafleece has partnered with Intersoft, label purchase rates are eight times faster. Whereas the previous service provider produced one label every four seconds, Intersoft’s solution now produces two labels every one second. An eight-fold increase. This has dramatically improved despatch speeds for the retailer and its customers – which on average ships 100,000 parcels a year – giving them the flexibility to scale with demand.

The ability to nominate a parcel delivery location through Royal Mail’s Safeplace has also proved hugely popular with Equafleece customers. SafePlace is now chosen by 35% of its shoppers and provides an added benefit that was not available with the previous delivery management solution.

“Switching to Intersoft’s Intelligent Shipper solution has provided significant benefits to our online retail business. We can respond much more rapidly to sudden increases in demand, have improved overall despatch times and can provide our customers with a better shopping experience. We also pay significantly less for the service compared to our previous service provider, which helps the bottom line. And as our business grows, Intelligent Shipper has the scope to grow with it; I’m confident that in Intersoft we’ve found a delivery management partner for the foreseeable future.”

5 things to do the moment you onboard with Intersoft

Welcome to Intersoft! As a new customer, here are five things you can do once you’re onboard to help you get the most from Intelligent Shipper.